So, after the grand plans of the Sons Of Gorgax, I needed a break from large-scale projects (although, as I mentioned at the end of my last post, I have started to reappraise my position in that regard). Luckily, Games workshop saw fit to start releasing loads of options for smaller-scale games for me to sink my teeth into, as they relaunched their Specialist Games division.

Blood Bowl was relaunched (and I did take the bait on that one - more to come!), but the box set that really caught my eye was the re-release of Necromunda. Playing the game will be a bit of an issue for me, as time is a precious commodity, and that will prevent me from diving into any campaigns, but painting up a Gang shouldn't be beyond my abilities. Or so you would think...

The Starter Set came with two fantastic Gangs - Escher and Goliath - and I decided that I would paint them both up, with my priority being the Eschers. 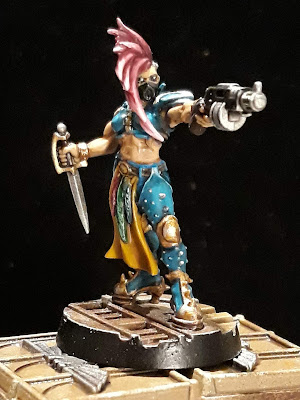 Whilst my Sons Of Gorgax had been muted and grubby, I wanted to try for something brighter with my necromunda gangs. Given that there were only about ten models or so in the gang as well, I wanted to try my best to make them into something I could be proud of. 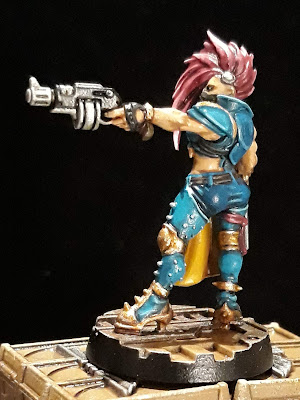 I watched tutorials and read through painting guides, and it gave me lots of ideas as to how to paint these models up. The key takeaway was to abandon the final all-over wash that I had been used to daubing over my models for the past decade. A final coat of Agrax Earthshade was usually the finishing line for my model painting, but my intent here was to follow the GW mantra: basecoat; wash; highlight. 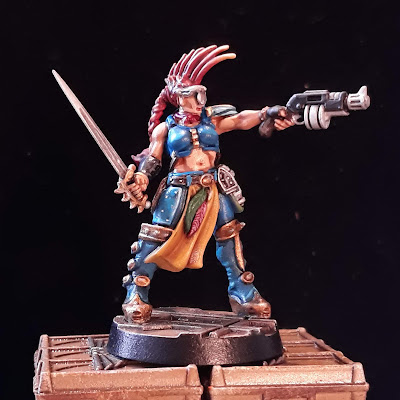 I expanded my colour palette to include multiple different tones and hues of the same base colour (three different blues were used, and three different flesh tones, for instance), and I used focused, carefully-placed washes, rather than splashing everything all over. it meant that everything went pretty slowly, but it seemed to work pretty well. 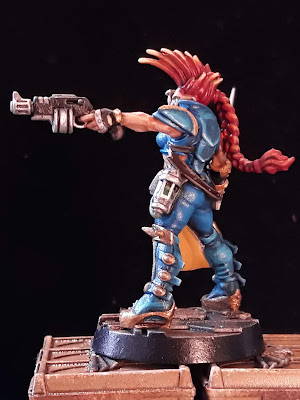 I wanted to achieve a 90s comic book effect (and the Kubert-era X-Men titles certainly influenced my choice of colour scheme), and so I went for bright colours to the hair which would lead to a wild variety of instantly-identifiable characters. These girls - the Tox-Town Venoms - were all going to be individual characters in their own right. All killer, no filler! 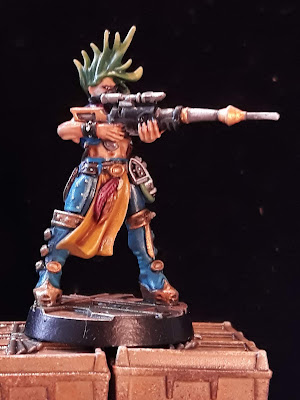 In addition to using different techniques to paint these guys up, this was also my first time using GW scenic bases. The Necromunda kits from the starter box come with Sector Mechanicus bases, and I decided to use them as they were intended. I have a Zone Mortalis board - oh! More on that in the next post! - and these bases or tailor-made to fit in with them. I also opted to - wait for it - PAINT THE RIMS BLACK! I have always previously painted my base rims in the same colour as the rest of the base, whether that was Baneblade Brown, Vallejo Medium Grey or good old Goblin Green (waaaaaaay back when). I had heard comments from some painters saying that the black bases helped to frame the model, and I have found that I agree. 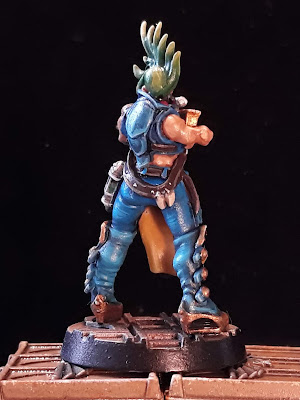 Of course, eventually I ran out of patience with the Tox-Town Venoms, and the project stalled with my Gang half-finished. I do have every intention of continuing it, though, and the girls are just awaiting the next gap in my busy hobby schedule to be resumed (although that list of half-finished projects is now growing and growing...) 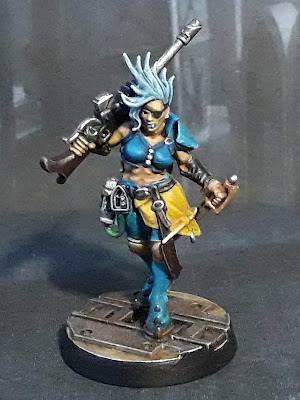 I think my primary issue with these Necromunda gangs is the fact that I am unlikely to engage in a campaign anytime soon. Kill Team can scratch the skirmish combat itch, whilst it will also allow me to dabble around with new armies (oh, more on THAT as well, later!), and Blood Bowl allows me to work on similarly-sized armies without having to worry quite so much about attention to detail and the like. 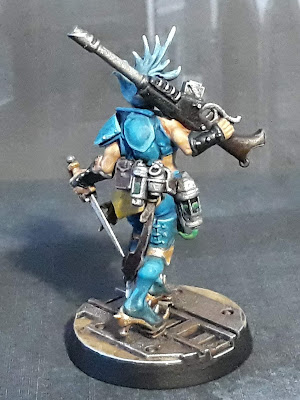 Still, though: I have enjoyed painting the girls so far, and I'm sure that I will be happy to have them finished off eventually. Wacey Wace was even kind enough to donate an extra sprue to me so that I can build up any extra Gang Members, should I wish to, at a later date. 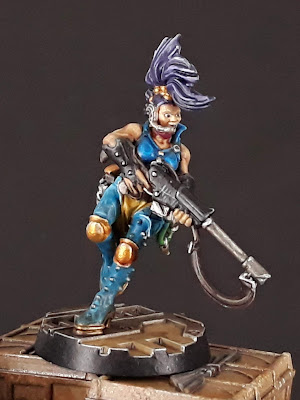 For now they lie dormant, but be certain: the Tox-Town Venoms will see the light of day! Oh yes, they will... 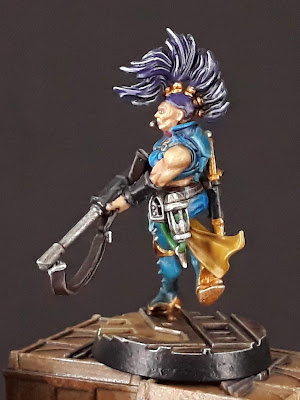